If George Clooney played the piccolo ………

In a world of fake news, doubt  and confusion, there are some unassailable truths;
George Clooney is a handsome man, I say that, not as an interested party, but as a statement of undeniable fact.
Much the same as I confidently announce that Lake Como is a place of great beauty and that
the Bulgheroni piccolo is a most beautiful example of a musical instrument.

Growing up on the banks of lake Como, Luigi Bulgheroni enjoyed an idyllic life. His father, a respected craftsman provided well for his family, and indulged Luigi in his passion for music. Luigi’s family wanted for nothing​, but as he grew he felt an inesplicable void, there was something missing from his life, only small but it was a hole that he had to fill, and so the journey began for the ultimate piccolo.
In 1947 Luigi Bulgheroni established his company finely crafting woodwind instruments and began a legacy that has been passed down through the family to this day.
In 1974 , Luigi’s sons, Giacomo and Sergio formed the company we know today,  F.lli Bulgheroni S.n.c. hand crafting double reed instruments and after 10 years of toil  achieved the ultimate goal for an insrument maker, A beautiful piccolo.

Instruments of incredible beauty with a sweet warmth to their tone, the Bulgheroni piccolo has made its mark as one of the premier piccolos of choice

The choice of exotic woods, silver, 24K Gold plated mechanism and the detail of the crafting has to be seen ( and heard) to be believed.

Contact us now for details of your nearest Flute Tree agent to arrange a trial.

Bulgheroni piccolos have undoubtedly joined the ranks of the most desirable brands in the world, presenting  a musical instrument of precision, elegance and downright beautifulness synonymous with the region it comes from.

Infact I would like to profer that if George ( yes we are on fist name terms) was to consider dabling in a little Vivaldi or toying with a slice of Lieberman . . . . .

If George Clooney played piccolo he would play Bulgheroni. 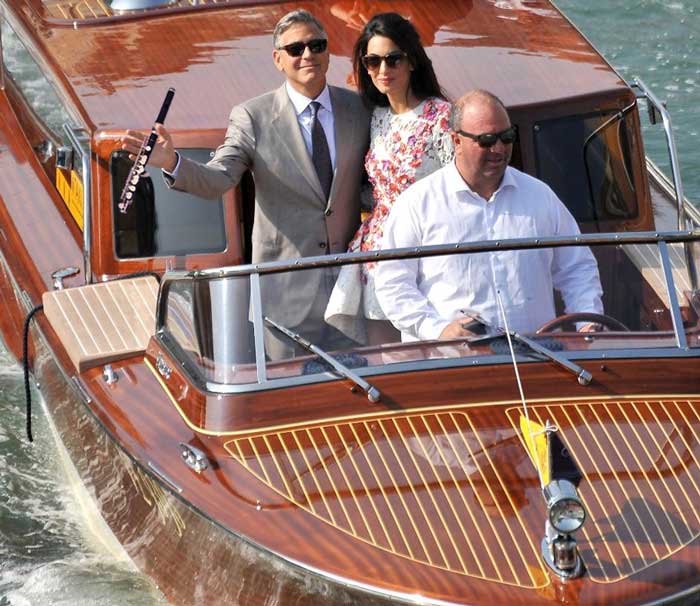